The IPA Pool Tour was a massive success in Coventry with some of our highest YouTube viewing figures yet as word gets out that this is THE tour to be on if you want to test your mettle against the very best, and while the BBC are busy with the Paralympics, it looks like we will have to wait until the third event at Bournemouth before we are back on the Beeb.

The pinnacle of the sport of 8-ball pool and the only professional tour playing to the official rule set of Blackball, the IPA tour rolls on to the Grand Hotel at Gosforth Park in the North-East for not one but four different tournaments, with the UK Open, UK Professional, UK Amateur, and UK Ladies events over the three days, starting on Friday the third of September and ending on the evening of Sunday the fifth.

Naturally the best players are all in attendance, with local players Marc Farnsworth, Gav Robinson, and Craig Brown all in the professional ranks, though we have had so many entries from around the globe that we have had to procure more tables to fit all the matches into the schedule!

Enough chat for now and the big question on everybody’s lips will be, who are the likeliest winners – if only life was that easy.

When it comes to the Open, you do, on occasion, get an Amateur going deep into the competition, but generally speaking, we can confidently expect the final to be played by two from the professional ranks. The list of talented players is close to endless and however well they all play, they need the luck of the draw, a good break, and to hold on to their very best form throughout the weekend to get to any of the finals. Nothing is guaranteed at this level, but if I had to pick three against the field, I would go for Jack Whelan, who seems at the very top of his game in recent weeks and is a previous World Champion, and perhaps Liam Dunster, seen by many as the best player out there and sure to have been working on his game between the last tournament and this.  Add local boy Marc Farnsworth, who has already taken one title this season and we have a fighting chance of success, though they will all need to bring their “A” game to come out on top by the end of the tournament. 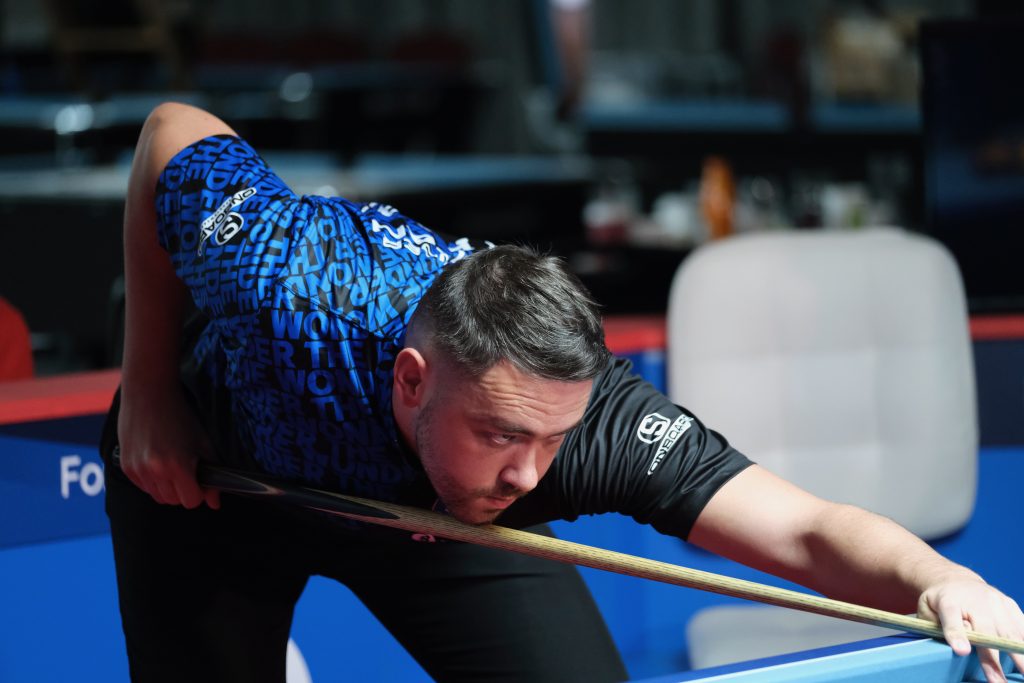 Jack Whelan – the form player going into the UK Open

In the professional event, life gets even tougher with the guarantee that some of the top seeds will fall long before finals night on Sunday evening. Arfan Dad would be a name for anyone’s shortlist having made both finals on the last tour and he deserves a win more than anyone, though I could name ten players and still fail to find the winner. Names have to be given (apparently it is in my contract), and I’ll be greedy enough to go for a different three, mainly to cover my bases. Tom Cousins is a player I have a lot of time for, and when his break is working, he is very difficult to beat. He can go a long way if that is the case (you never know until the day), while my third option will be Mark Boyle, an ex-snooker player who is out of the top drawer and one of the most likeable players on the tour. 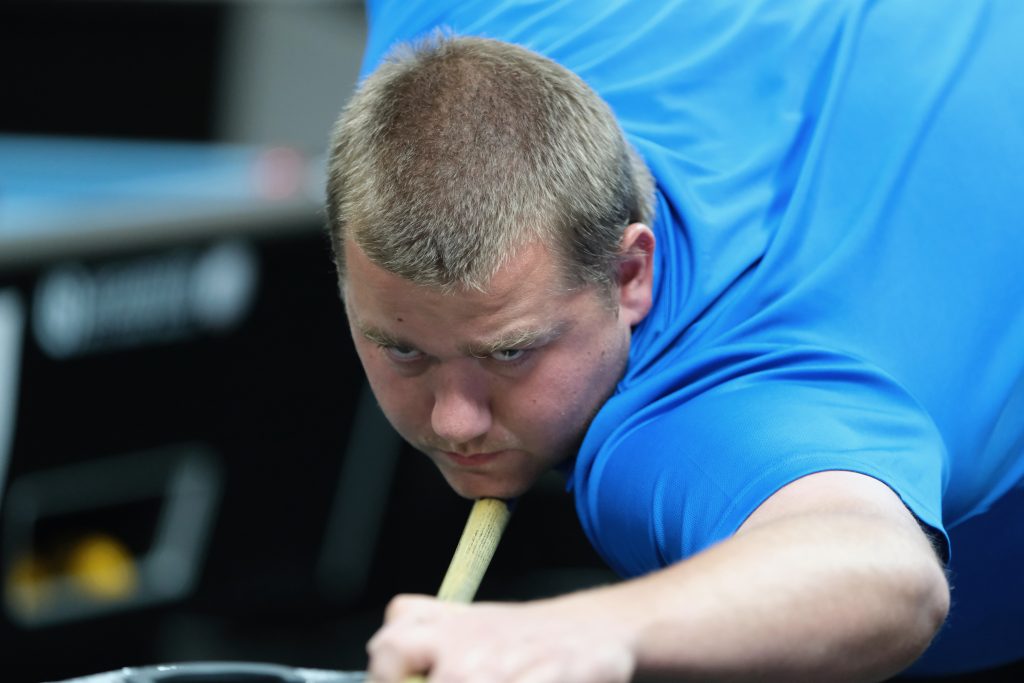 Tom Cousins – will it be his day?

Amateurs are equally difficult to call with surprise packages at pretty much every event, and no stand-out player you could put your shirt on. I can tell you it won’t be me (you won’t get any odds on that outcome I am sorry to say), but if I had to go for one player, then Morgan McInnes could go on a big run, and looks like a player with a decent future.

Last but not least by any stretch of the imagination, the Ladies game is growing at speed and the standard just gets better event after event. Kerry Griffiths will prove hard to beat and is getting better all the time, but I will risk her wrath by going for Amy Beauchamp, the current World Champion here though like every other event on the tour, it’s never quite as simple as I like to make it sound.

So, for those interested in something colourful, fast, noisy, interesting, and attacking why not head down to the Grand Hotel at Gosforth Park this coming weekend – it’s free entry for spectators who will be warmly welcomed by Paul Bebb, Bronnie Ward, and the rest of  the top table – or join us from 1.00pm Saturday on the IPA YouTube channel  or follow us on Facebook https://www.facebook.com/ipapooltour, twitter @IPAPool, or keep an eye on how your favourite player is getting on via Cuescore.