The most elite event in pool, sees the defending Champion Neil Raybone, plus World Champion Jon McAllister already having their places secured, but who will join them? The top 6 in the Pro rankings plus 2 to be announced wild cards will make the 10 person line up.

The 15 night event will see the players competing to make the final 6, then the final 4 will battle it out for this prestigious title. 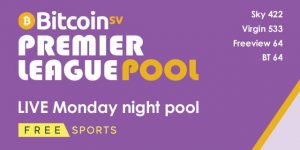