The IPA is delighted to announce details of the latest World Series event, to be staged in Morocco in October 2022.
There will be 3 separate events taking place and features the IPA v Morocco Team event, IPA Pro event, and an Open event

The series of 3 events will take place during the official Blackball International (BI) World Championships, which are taking place in Tangiers from the 8th – 15th October

The 4 players representing the IPA are spearheaded by Pro ranked Number 5 Clint I’Anson, and will be accompanied by Jason Hill, Wade Morley and Scott Anderson.

Indeed, the 4 players will also be representing England at the BI World Championships in the various events on offer, including the open and doubles. Jason Hill be feature in the Seniors also. 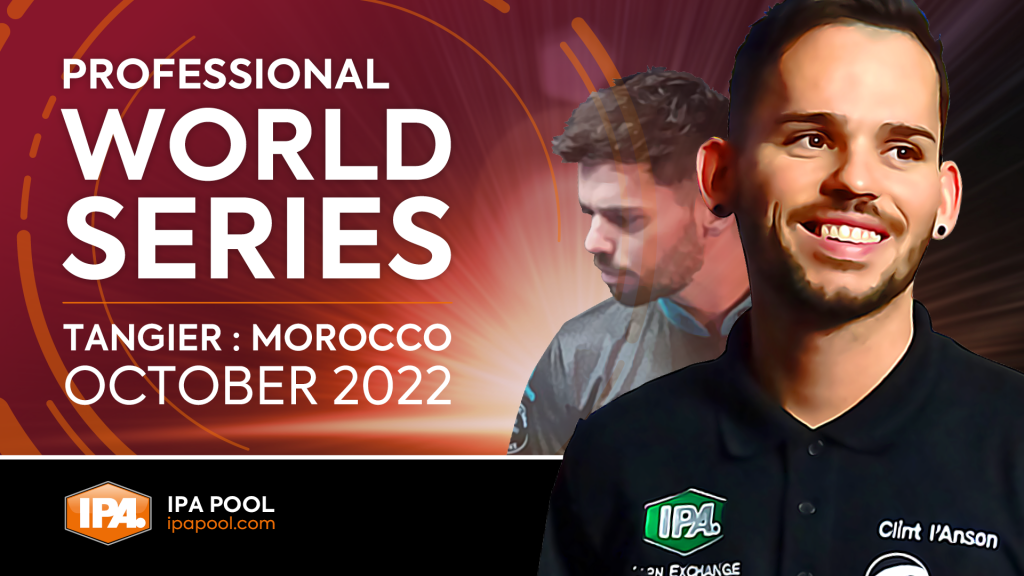