The IPA is excited to announce its next TV event which will be starting on the 3rd January 2022.

The revamped Champions Cup will once again be broadcast via Sporty Stuff TV and online at sportystuff.tv, where Gareth Hibbott will be looking to defend the title he won so dramatically when overcoming Mark Boyle in that memorable final. 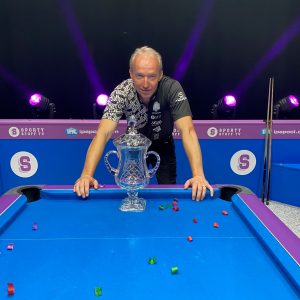 The overall winner will take home a cool £10,000 from an overall purse of a whopping £32,000, and will once again feature the stars of the IPA – the only recognised professional body for small table pool – together with the qualifiers from the amateur ranks, who will be sure to hold their own against the best in the World.

The refreshed format will see the elite players taking part in several group stages over three separate events and the three winners will subsequently play in the Grand Final play offs for the top prize.

IPA Chairman Kevin Barton commented “ This is fantastic news for all pool fans in the UK and around the World, being able to watch the best players taking part in this fast, exciting event – and all for free. We have no doubt the event will build on the success of the 2021 version of the Champion’s Cup, with some new innovations and a fresh new format, which will make it the best pool tournament to ever hit our screens. We simply can’t wait to get started”

Watch out for further details in the coming weeks, and don’t forget the launch date – 3rd January!